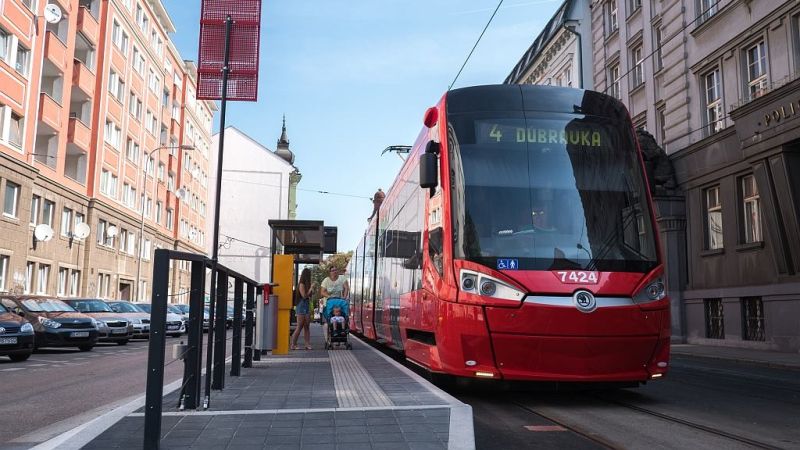 POzastávka is a project of group of people who are interested in the environment in which they live. The project is implemented by the civic association Ladon (OZ Ladon website). The name POzastávka reveals that we will pause over something. Where? At public transport stops in Bratislava 🙂

Do you know what interesting you can find at the Trnavské mýto? Have you ever thought about what the name Mladá garda means? We bring to passengers unusual information about the places where they spend their time by waiting. At specific stops and localities we put up info boards about interesting places in their surroundings. You can find more information about them in the section Public transport stops.

On November 1st, 2021, we launched the English version of this website at POzastavka.sk/en.

From 13 December 2020, the Bratislava transport company renamed several stops of Bratislava public transport according to the new uniform methodology. The change also affected one stop included in the POzastávka project. This is the stop with original name Kukučínova, after this change it is called Slovany. More information can be found on this page of the imhd.sk portal. You can also listen to audio article by Michal Herceg about this change on the Radio Regina website.

On Friday, July 17, 2020, we have placed more information boards of POzastávka project at public transport stops in Bratislava. New boards are located at the Hroboňova and Riazanská stops. Photos by Ľuboš and Lukáš can be found in our photogallery.

We have agreed with the representatives of the Bratislava Transport Company on the possibilities of implementing the POZastávka project at public transport stops in the Bratislava – Nové Mesto district.

The POzastávka project achieved 7th place in the public vote and thus received support within the participatory budget of Bratislava – Nové Mesto for year of 2018. Thanks to all supporters of the project.

The POzastávka project was presented in the broadcast of TV Bratislava as part of their TV report named “Citizens can vote for civic projects“, which was dedicated to the participatory budget of Bratislava – Nové Mesto.

This web site is supported by WebSupport